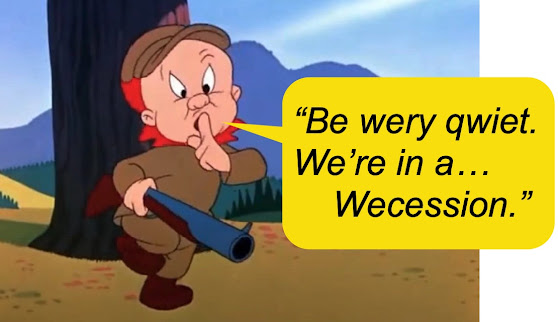 Everybody’s a Project Manager… Leading a project is about causing the death of a thousand: IFs, ANDs, & BUTs.  For example: There’s a long line at the ice cream stand.  The person in front can’t decide between four flavors.  Not because any of the flavors wouldn’t be fine, but rather because choosing one flavor meant NOT having the other three.  It turned buying an ice cream cone into a dance of regret.  Do not focus on the frustration associated with the choices that you are missing, but rather enjoy committing to the one you chose. Obsess over a project’s constraints (budget, decision-maker, timeframe, etc.), because without them there would be no project.  In fact, view a project’s constraints as stepping stones, and getting them correct is when you know you’re on to something.

Everybody needs to be an investor… (Per HL)

2. The language of the markets requires both reading and writing.

3. Learn to play a game that is rigged, but not against you specifically.  I love this historical look at why ‘the market is rigged’ by JB.

4. Invest in your greatest asset - your network (social and face to face).  It will reduce speed-to-market by 50%.

5. Investing can be for profit as well as joy.

8. Always have a system. 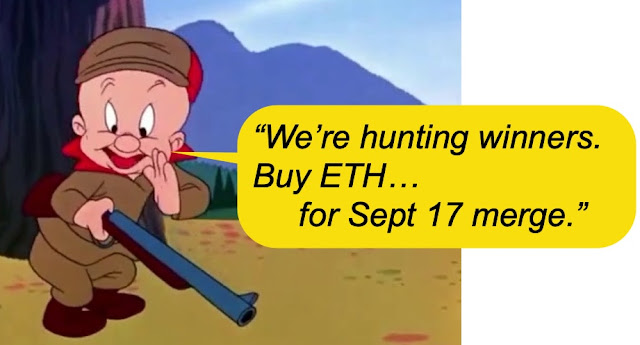 What is a Recession?  A recession is two consecutive quarters of negative real GDP.  So, with Q2 GDP coming in at minus -0.9% - we are officially in a recession.   But with the midterm elections approaching and the administration’s approval ratings being in the tank – they’re modifying the definition of a recession as part of their damage control.  Most on Wall Street and beyond acknowledge the recession and do NOT share the view that it will be either short or shallow. 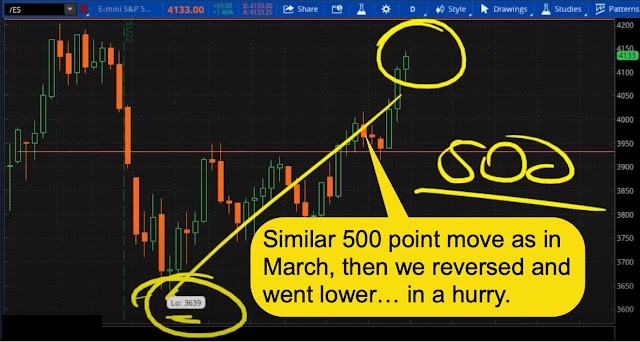 -       The PCE, our FED’s preferred measure of inflation…   re-accelerated in June to 6.8% - the highest reading since January 1982.  Our FED will remain aggressive in tightening financial conditions.

-       J. Powell reiterated that another outsized hike could be appropriate…   but the committee will decide as the data rolls in.  He also noted: “This process is likely to involve a period of below-trend economic growth and some softening of the labor market.”  Our FED is willing to push the economy into a recession and cause a weakening of the labor market in order to get inflation in check.

o   Treasury Sec. Janet Yellen said that the U.S. economy is not in a recession because it didn’t meet her new, complex criteria.

o   Mortgage applications fell to a 22-year low in June.

-       The NFL just launched its own streaming service called NFL+.   For $5 / mo., the service is available exclusively on smartphones and tablets.

-       Higher supply and lower demand are already pushing down gas prices…   but a recession could tank them.

-       The DOE is loaning $2.5B to GM’s joint venture with LG Energy…   to help finance construction of new lithium-ion battery manufacturing facilities.

-       Meta (Facebook) had its first YoY sales decline since going public:   Advertisers are pulling back, plus Meta is dealing with competition from TikTok.

-       Gold and Silver had one of their strongest weeks of the year…   on the back of increasing recession fears and a weaker U.S. Dollar.

-       Hershey warned that it won’t be able to meet demand…   for this year’s Halloween candy.

-       Layoffs are growing among automakers…  as Ford cut jobs on their internal combustion engine side to focus on their EV side of the house. 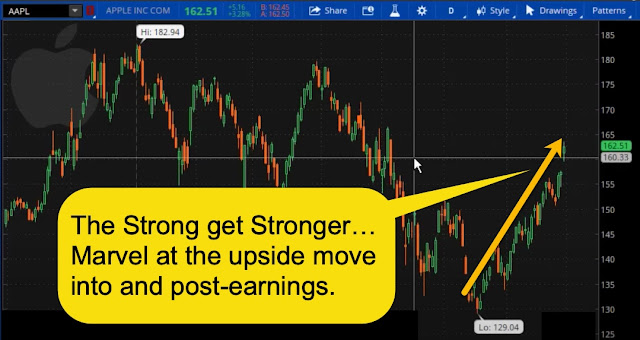 -       Failed lender Voyager has rejected FTX’s proposed buyout…   because it only benefitted FTX and did not make their customers whole.

-       Both Terra and Celsius…   were named in another class action lawsuit.

-       Binance CEO Zhao filed a defamation of character lawsuit…  that accused him of running a “Ponzi Scheme”.

-       A bipartisan bill to regulate stablecoins in the U.S….   is bogged down in negotiations, and likely won’t pass this year.

-       Ark Investment funds…   dumped 1.4m shares of Coinbase – admitting defeat on one of the fund’s most prominent investments.

-       Chainalysis, a crypto-investigations firm…   is spinning up a subsidiary specifically to work with its biggest client, the U.S. Government.

-       67% of the public oppose a U.S. digital dollar…   with major concerns surrounding the loss of privacy and damage to U.S. banks.

-       FTX.US has opened up stock trading…   and the company will not be charging fees or following the Robinhood-esque “payment for order flow” business model.

-       Our FED and the FDIC issued a cease-and-desist order to Voyager Digital…    for making false claims about government protection in the event of failure. 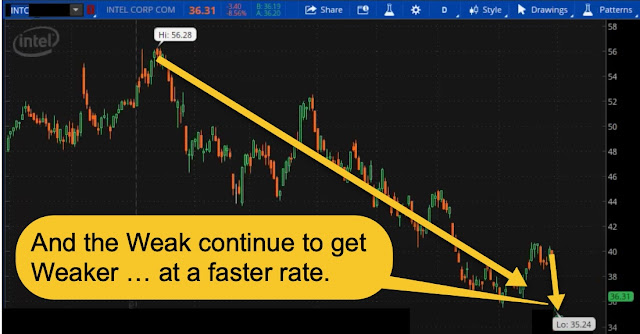 Monday:  This week we get hundreds of earnings, our FED announcing their latest monetary policy, and a Q2 GDP report – which most likely will show negative growth.  Will this administration admit to a recession?  Nah – they’ll just make something up.

Wednesday:  We got the 75bp rate hike, and the market inched higher on Powell’s Q&A.  Our market didn’t care about: (a) our epic-sized debt load, (b) people are being priced out of homes and cars, and (c) our FED admitting that the economy is slowing.  Right now, the market is betting on us being ‘just that much closer’ to our FED pivoting and cutting rates.  Oh by the way, our FED is NOT reducing its balance sheet at all.  So, on one hand they're hiking rates, but with the other they’re still buying.

Thursday:  Solar and alternative energy stocks are moving higher after Sen. Joe Manchin and Sen. Chuck Schumer struck a deal on a $369B energy-climate plan.  Bitcoin is above US$22,700 and ETH is above US$1,600.  MSFT, META, Google, and Best Buy all missed earnings.  Q2 GDP is out and it is MINUS -0.9% = Recession.

AMA (Ask Me Anything…) 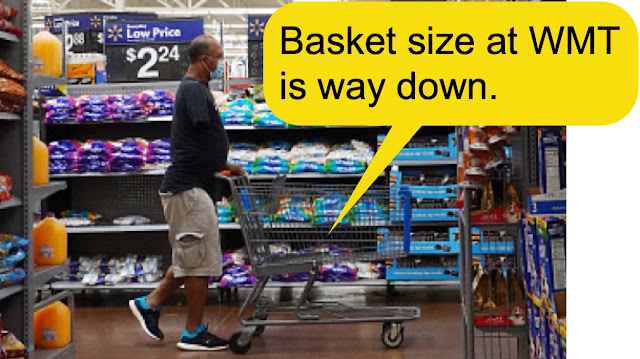 -       Big Tech is signaling a collapse in the office space and job markets.  Amazon has delayed or canceled 13 warehouses around the country.

-       Salesforce and Meta have cancelled plans to take additional office space and are putting some of their existing office space up for sub-lease.

-       With current office vacancy rates at catastrophic levels (>30%), many companies will never grow into their current commitments.

-       Companies have been hoarding office space & employees due to the extreme amounts of Fed-pumped liquidity that intentionally distorted reality.

-       With our CPI being over 9%, QE now being QT, low now being high interest rates, and crypto imploding == corporations are telling themselves that their growth projections need to come down.

o   We have yet to see the massive layoffs that come from a recession,

o   And the corresponding increase in weekly unemployment claims.

-       Watch for other sectors following tech’s lead and admitting that their growth forever projections were WRONG.  Our FED’s hypergrowth binge is over, and the resulting reality will be ugly.

o   Our FED did exactly what everyone thought – a 75bp hike, but the S&P’s continued to rally and broke through their expected move.  The PCE data showed the highest inflation number since 1982, but our markets rallied.  In any case, 2 consecutive quarters of negative GDP is not a good look.

o   This past week we saw the increased, dynamic hedging activity that the professionals are being forced to do – once the edge of the SPX Expected Move had been breached.

-       Mega Market Caps save the day: The QQQ is still down 21% YTD, but what has changed is that bad news is being interpreted as good news.

-       Realized Volatility is still flying:  Historical SPX volatility is running at 22.5%.  Implied volatility is averaging around 17%.  The market is ‘moving’ significantly more than you’re getting paid for.  “The juice ain’t worth the squeeze.”  TIP #2: Do NOT sell short-duration premium.

-       The Reality of the Rally:  We breached the EM the last 2 weeks.  It is incredibly rare to have 3 sequential, upside breaches of the EM.  There is a line of SPX resistance at 4211, and the upper bound of the Expected Move is 4213; therefore, there is a high probably that this rally stalls and we begin to fade.

-       Are the BEARS DONE?  Tip #3: Don’t Fight the FED.  As the FED was feeding the market juice over the past 12 years … we traded like a Bull.  As the FED is hiking rates and trying to squash inflation (and jobs) … trade like a Bear.  I bought the PUT Spread on Goldman Sachs hi-lited below. 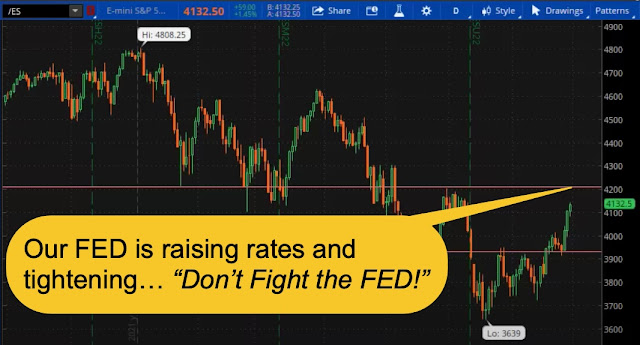 Lean into buying physical gold and silver.  Watch the miners.  And potentially scale into some shorts / PUT options near the middle to the end of next week.

HODL’s: (Hold On for Dear Life)

Trade of the Week:

Follow me on StockTwits.com to get my daily thoughts and trades – my handle is: taylorpamm.

Please be safe out there!

Expressed thoughts proffered within the BARRONS REPORT, a Private and free weekly economic newsletter, are those of noted entrepreneur, professor and author, R.F. Culbertson, contributing sources and those he interviews.  You can learn more and get your subscription by visiting: <http://rfcfinancialnews.blogspot.com/>.

Please write to Mr. Culbertson at: <rfc@culbertsons.com> to inform him of any reproductions, including when and where copy will be reproduced. You may use in complete form or, if quoting in brief, reference <http://rfcfinancialnews.blogspot.com/>.

If you'd like to view R.F.'s actual stock trades - and see more of his thoughts - please feel free to sign up as a StockTwits follower -  "taylorpamm" is the handle.

If you'd like to see R.F. in action - teaching people about investing - please feel free to view the TED talk that he gave on Fearless Investing:

To unsubscribe please refer to the bottom of the email.

Views expressed are provided for information purposes only and should not be construed in any way as an offer, an endorsement, or inducement to invest and is not in any way a testimony of, or associated with Mr. Culbertson's other firms or associations.  Mr. Culbertson and related parties are not registered and licensed brokers.  This message may contain information that is confidential or privileged and is intended only for the individual or entity named above and does not constitute an offer for or advice about any alternative investment product. Such advice can only be made when accompanied by a prospectus or similar offering document.  Please make sure to review important disclosures at the end of each article.

Note: Joining BARRONS REPORT is not an offering for any investment. It represents only the opinions of RF Culbertson and Associates.

PAST RESULTS ARE NOT INDICATIVE OF FUTURE RESULTS. THERE IS RISK OF LOSS AS WELL AS THE OPPORTUNITY FOR GAIN WHEN INVESTING. WHEN CONSIDERING ALTERNATIVE INVESTMENTS (INCLUDING HEDGE FUNDS) AN INVESTOR SHOULD CONSIDER VARIOUS RISKS INCLUDING THE FACT THAT SOME PRODUCTS AND OTHER SPECULATIVE INVESTMENT PRACTICES MAY INCREASE RISK OF INVESTMENT LOSS; MAY NOT BE SUBJECT TO THE SAME REGULATORY REQUIREMENTS AS MUTUAL FUNDS, OFTEN CHARGE HIGH FEES, AND IN MANY CASES THE UNDERLYING INVESTMENTS ARE NOT TRANSPARENT AND ARE KNOWN ONLY TO THE INVESTMENT MANAGER.

Alternative investment performance can be volatile. An investor could lose all or a substantial amount of his or her investment. Often, alternative investment fund and account managers have total trading authority over their funds or accounts; the use of a single advisor applying generally similar trading programs could mean lack of diversification and, consequently, higher risk. There is often no secondary market for an investor's interest in alternative investments, and none is expected to develop.

All material presented herein is believed to be reliable but we cannot attest to its accuracy. Opinions expressed in these reports may change without prior notice. Culbertson and/or the staff may or may not have investments in any funds cited above.

Remember the Blog: <http://rfcfinancialnews.blogspot.com/>
Until next week – be safe.